View products
The Prater is a large public park in Vienna's 2nd district, Leopoldstadt, and is synonymous with the Wurstelprater, an amusement park that too is often simply called "Prater", and which includes amongst many other things, the famous Wiener Riesenrad Ferris wheel. However, the park was not always available for the amusement of all. Prater comes from the Latin pratum, meaning meadow, and for centuries the area served as the private hunting ground of the Emperor. It wasn't until 1766 that it was declared free for public enjoyment and when coffee-houses and cafes were permitted to be established and the fun-park could begin to take form. The amusement park itself contains many of the classic theme park rides - bumper cars, carousels and roller coasters, along with Madame Tussauds wax works cabinet, but the Wiener Riesenrad Ferris wheel dominates the landscape. One of Vienna's most popular tourist attractions, the wheel was the tallest Ferris wheel from 1920-1985, standing at 64.75m tall. Appearing in star-studded movies like The Living Daylights and in famous novels like The Star of Kazan, the Riesenrad wheel has become an unmistakably recognizable mainstay of the Viennese skyline. Not only is the park a wonderful retreat for those seeking a thrill, but it is also eminently easy to access. Leopoldstadt lies in the very center of the city and in 2004 major renovations to the Wurstelprater began, with a new underground railway line arriving in active service in 2008. This has created two stops along the Prater that intersect with the Vienna U-Bahn and complements the Wien Praterstern railway station that was already in place. The kind of deeply practical and accessible nature of the area, along with its potential for amusement and life-affirming experience is what we have captured with our Prater range.

This is the most 'Normcore' series from RIVACASE to date. A unisex collection, it is the acme of simplicity and is, quite simply, suited to absolutely any city-dweller that seeks a casual and relaxed style. Created out of a delicate melange, it has the classic functionality of all our bags and its practical materials and colors will complement all choices of occupation and clothing. A light, sporty shade brings comfort to everyday looks so that whether you are having that all-important meeting at the office, or using you Prater bag en route to the gym, you won't look out of place.

These days it is absolutely essential to keep your working items away from moisture. Keeping water out should be the highest priority of any bag manufacture and we at RIVACASE have made it just that. Your electronic devices - phones, tablet, computers contain too much vital information for you to take any chances with. That is why we have made our Prater range out of a high-quality water-repellent fabric, so that even if you get caught out in a shower on the way to work, you can rest safe in the knowledge that your precious items will remain free from harm or damage.
+ 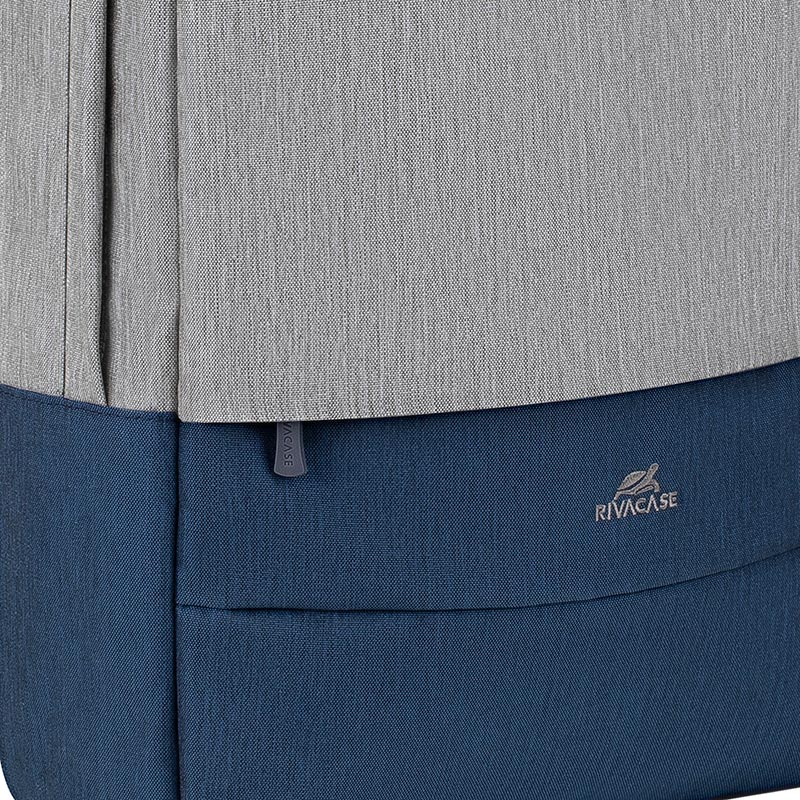 It is important when choosing a bag that you take into account the inevitable threat of theft of your belongings. Train stations, airports and restaurants provide easy surroundings for someone looking to pick-pocket. That is why we have made sure this Prater range comes with its own anti-theft protection elements. The slim and compact design comes with a minimal number of visible pockets so that there are no conspicuous openings for thieves. Similarly, the front hidden zippered pocket perfectly conceals your valuables such as mobile phones, ID card, wallet, etc so that you can move around your day with confidence and security.

The front pocket of this range has been specially crafted to create a practical and super-secure environment for your most important possessions. Designed to be as inconspicuous as possible this hidden zippered pocket is the perfect space to tuck away your mobile phone, wallet, keys and any other item that you need to have the assurance that it is going to be kept safe and secure. We at RIVACASE believe that the confidence that this kind of design gives you is essential in making sure that you can make the most of your day, free from any kind of belongings-related anxiety.
+ 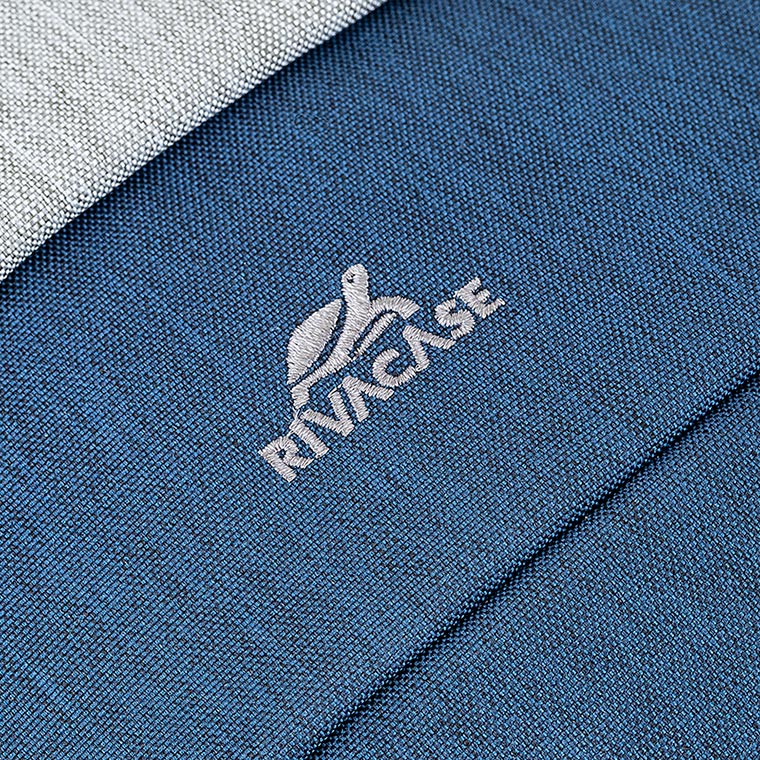 We at RIVACASE take pride in all of the products we create. The stamp of our logo on the things we make is a stamp that indicates an excellence in craft and design. We believe in the things we make and we take the time at all stages to ensure that they are built to the very highest standard, so that you can move around your day knowing that you can depend on a RIVACASE product each and every time you use it. In this Prater range, our logo has been tastefully and subtly embroidered into the material so that it remains unobtrusive.

There is nothing worse than being let down by your bag when on a long journey somewhere or even on your daily commute. Weak pullers and zips can lead to embarrassing moments on train station platforms and airport concourses, but also, more seriously, they can lead to the loss of crucial and vital items. That is why we have made sure with this Prater range that all our bags are made with hyper durable plastic pullers so that you can be robust with your bag when in a rush, and yet still be sure that it is not going to let you down at the most inopportune of moments.
+ 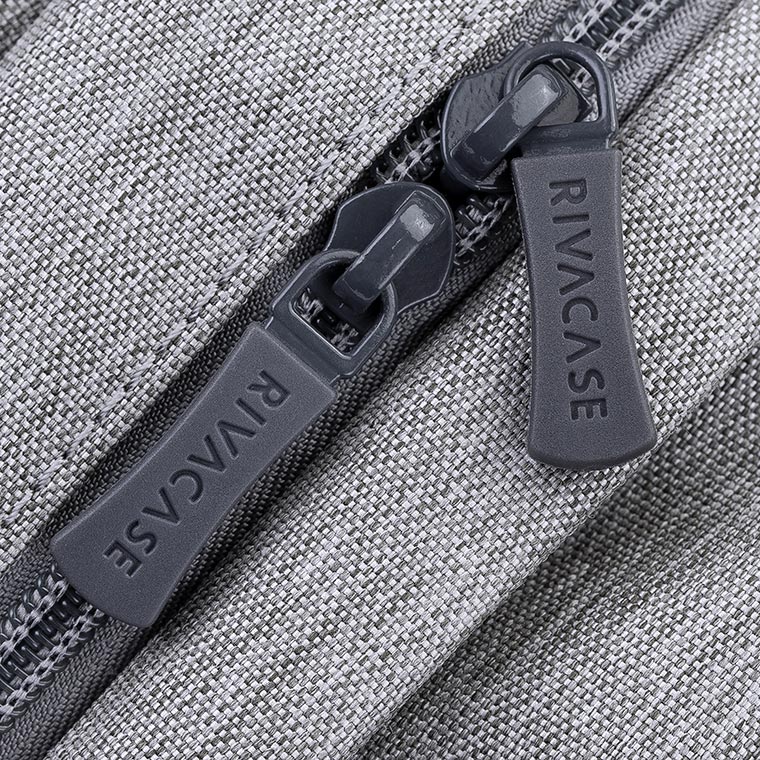 This Prater bag is made of high-quality water-repellent fabric with a variety of anti-theft protection elements. Its slim compact design with a minimal number of visible pockets and front hidden zippered pocket perfectly conceals your valuables such as mobile phones, ID card, wallet, etc and will help deter thieves. A padded laptop compartment, dedicated section for documents and a pocket for a Tablet up to 10.1" are included, which will provide ample space for all your accessories. In addition to this, comfortable padded handles and a removable adjustable strap will mean that on longer journeys you remain comfortable from start to finish. 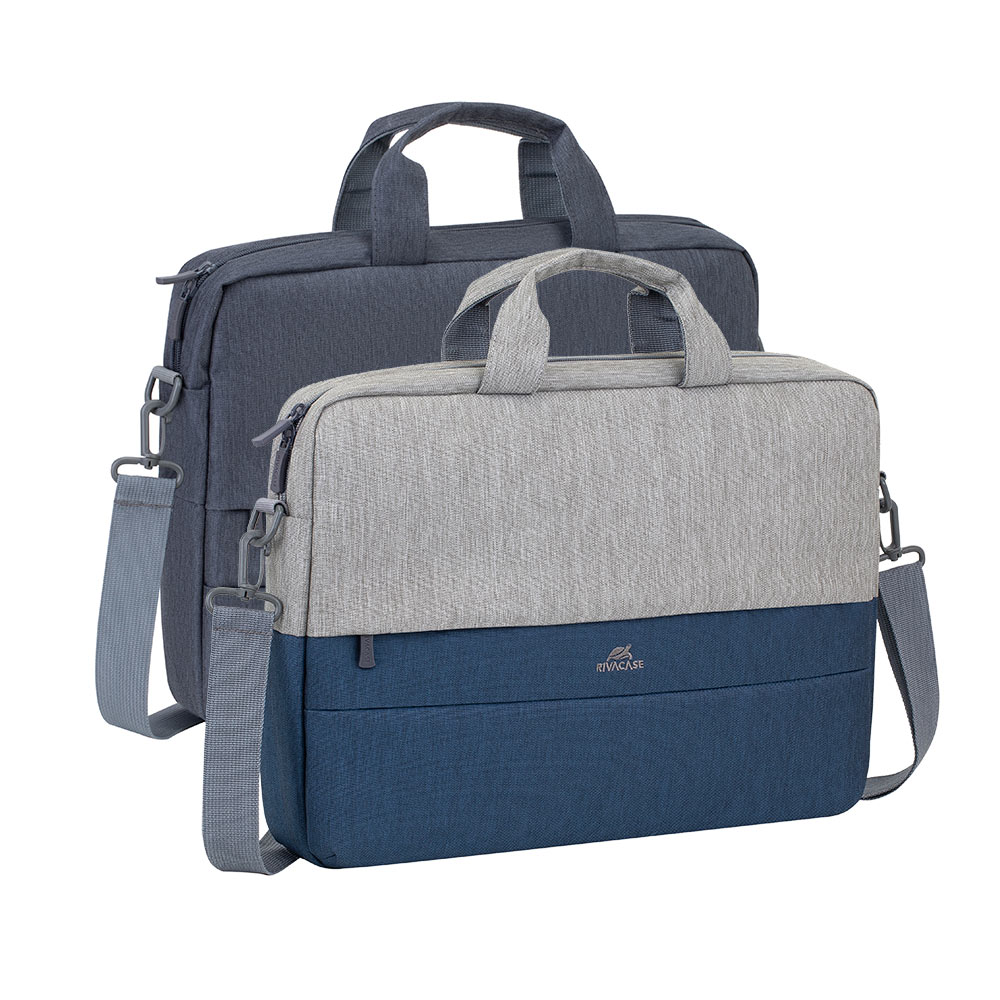 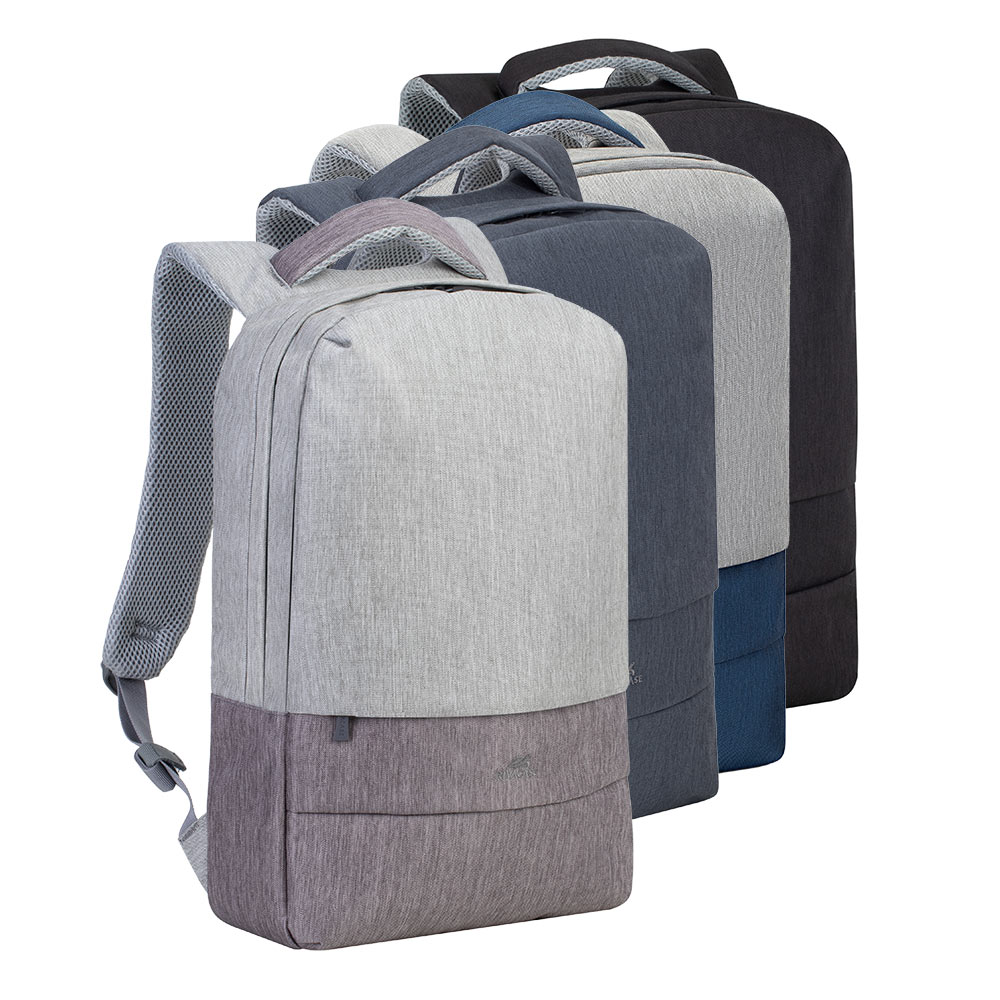 This Prater backpack, made of high-quality water-repellent fabric with numerous anti-theft protection elements is the perfect companion for any urban-dweller. Its main hidden zippered compartment hides your gadgets and its main vertical load compartment, with soft sides and a strap, securely fixes your laptop in place, so that you can move about your day with confidence. With this bag too, there's no need to stop in a cafe to recharge your device, instead, plug your portable rechargeable battery into a USB port on the side of the backpack to charge your devices while on the go.

This urban backpack is one of the largest in the Prater range at 17.3" in dimension, and not only is it made of high-quality water-repellent fabric but it comes with a plethora of anti-theft protection elements. Its slim compact design with a minimal number of visible pockets, along with its front hidden zippered pocket, means that it perfectly conceals your valuables such as mobile phones, ID card, wallet, etc. A spacious zippered compartment with a zippered pocket for documents features two pockets for a powerbank and an umbrella. Two side pockets provide space for a bottle of water and a strap management system prevents excess strap material from dangling, preventing unfortunate and dangerous scenarios from arising. 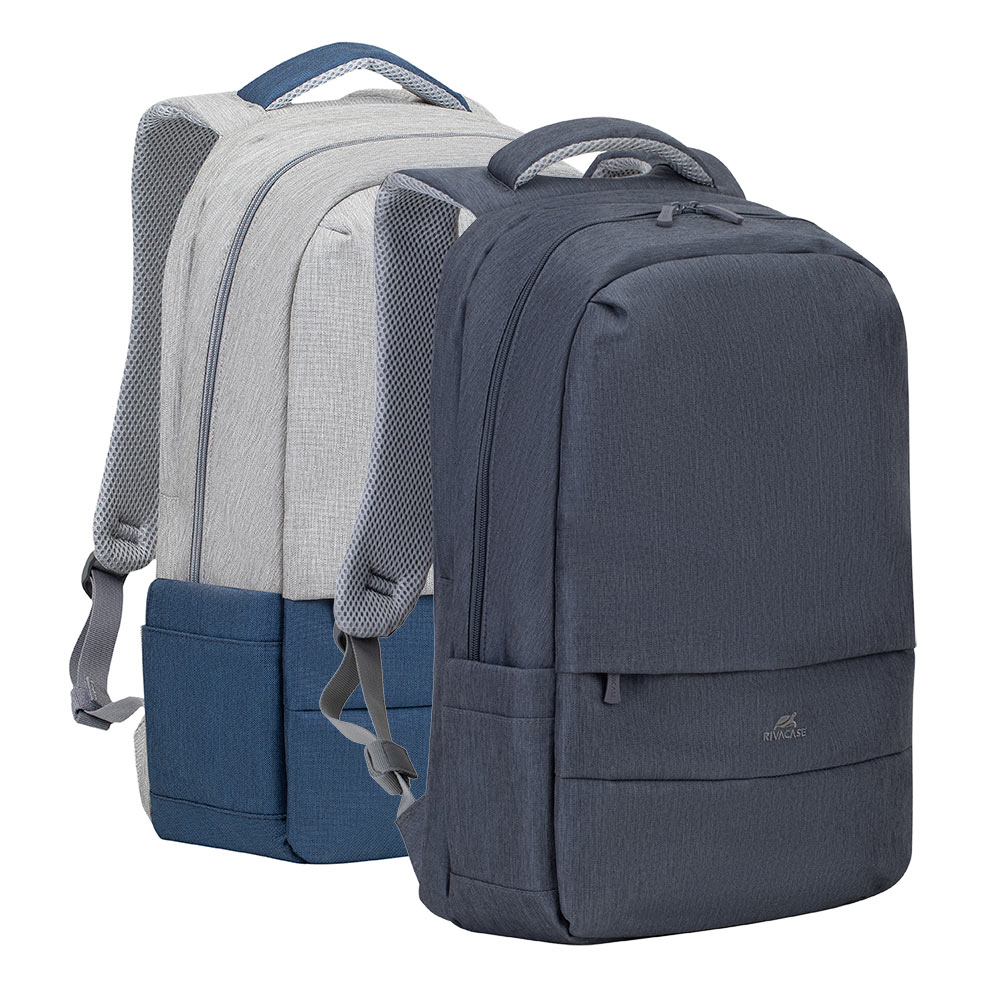